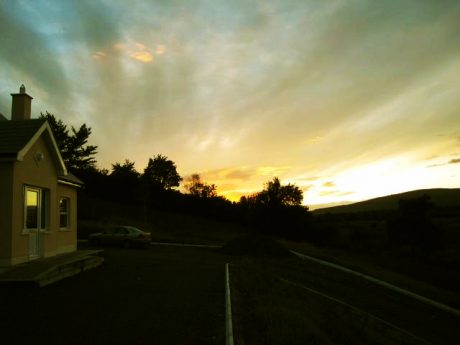 Quails came into my life on the same day as the chickens. Italian and Japanese quails are little cheerful busybodies who lay delicious lovely tiny spotted eggs. The quails can make a variety of different sounds and they LOVE bathing. After removing them from transport cages and placing in bigger accommodations with sawdust on the floors they ran couple of rounds along the sides of their new homes then all of a sudden as if by a command they all started to bathe. It was quite a sight, every quail created a fountain of sawdust around itself. It can be compared to mud wells or geysers in the areas of volcanic activity. All sawdust which was initially on the floor had become airborne and was floating in the air, in the middle of each geyser was super actively flapping tiny quail humming with pleasure.

Quails, are very fast and when frightened jump straight up into the air. I think that engineers must have used quails as models to design some machinery which require special features. Mainly beige Italian quails look great sliding over pale yellow sawdust straight towards you, then in a split of a second they can change direction, switch on reverse gear and while still facing you, they move away from you at the same speed they moved towards you. This is like an optical illusion or like Michael Jackson doing his Moonwalk.

Quails, like any other birds, are full of curiosity. They explore every inch of their accommodation and peck at everything they have access to. One Italian quail rooster is called Houdini as he managed several times to escape until I found out his secret. The first time he greeted me with a cheerful chirp standing on black granite in front of the fireplace. Have to admit he has got style, he looked beautiful there being beige with black spots and dark brown head. The second time he was unhappily running around his ladys’ accommodation unable to get back in. Kind of reminded a joke about the real Houdini – the police caught him but whenever they went to check on him later, the cell was always empty.

In the wild they can find their own food according to their taste, in confinement they also have cravings for delicacies. Up-to-date their most beloved gourmet food is dried mealworms, they make a special sound while enjoying the feast. Unanimous special humming sound can only be translated as “Um, yummy-yummy! UM, Yummy-Yummy!”. No other food compares to that, although fresh cucumbers, iceberg lettuce, dandelion leaves and apples are considered good appetizers as well. On the birthday of their young ones mommies and daddies got few pieces of watermelon which also created a major excitement.

About the young ones, they are incredibly small, I suppose that from a small quail egg one can’t expect an ostrich to spring out. Due to very hot days the young ones hatched a bit earlier than expected and I was surprised to come in for the evening to hear chirping from the incubator. Hurried to set up the brooding box and removed the little ones from the incubator. At first the miniature birdlings were tired from making their way into this world and mainly slept. One minute awake and several minutes asleep. At first the scope of movements was small and they fell asleep at exactly the same location they had managed to reach. When they had reached the side of the box and stretched their little necks upwards along the side of the box, then that was the position they slept in for the next few minutes until woke up and plodded on a few inches.

Did not sleep much on that night to make sure the young ones are ok. The next morning I was a bit tired and sleepy but really happy. For starters, it was a lovely sunny morning and all wild birds outside were singing and chirping, then the little quails were chirping, there was some more chirping from the eggs still in the incubator, the old quails were whistling and chirping, the young Appenzeller Spitzhaubens were chirping, the older ones Tip & Täp outside were crowing-cackling-chirping, so, at some point I felt I should start chirping as well just to blend in and vibrate in harmony with the environment.

Telling about this sensation to my daughter, she considered the situation for a moment and said: “It is a beautiful day for you and the birds. Chirp if you need, you can do whatever makes you happy!” 😀

The young ones need a lot of attention at the beginning but the miniature beings have all the instincts of adult quails, including jumping. They seemed to have strange dreams, observed a-week-old jump up from the sleep in a way that she made a backwards somersault landed on her feet and then slept on at the location of landing. At the beginning they all slept properly on their bellies, but from a week old there seemed to be a new trend – they formed a straight line pushing tightly against each other similar to football players defending penalty, but the little quails attempted to fall asleep while standing up. Of course when they actually fell asleep the line started to sway back and forth. They were trying to keep feet straight, so at times they had their beaks touching the toes and little tails pointing skywards or little tails touching the surface and little beaks pointing skywards. This was a funny fenomenon. Eventually though the line broke up as they simply got tired of this seesaw and slept properly on their bellies.

A week-and-half old little quail is quite capable of flying out of 30 cm high brooding box. At the same time they start to rake actively, so putting food on a saucer looses its point as they all crowd the saucer, peck a few times and all together then start collectively raking, the food disappears in sprays into the sawdust and the little quails look up at you as if saying: ‘You must be joking! Now, where is all our food? We are here all ready to have breakfast!’. Adding another heap of food to the saucer doesn’t  make much difference, it meets the same fast disappearance act as the first one. So, it is time to replace the saucer with a proper feeder. The good bit is that they continuously rake the sawdust and find the food pushed off the saucer – nothing goes to waste this way.

In the gallery there are photos of the very first egg a Japanese quail gave me compared to a brown chicken egg purchased from the shop and also a young quail chick with a quail egg in the palm of my hand. Apologies for the quality of some photos, my Canon camera broke and I have been using the built-in camera of Samsung Tocco Lite mobile phone for recording the progress of birds and events.

Life with birds has made me happy and enjoying delicious quail egg energy broth has made me healthy. Considering that both happiness and health at some stage can not be bought for any amount of money, no matter how much is spent, I have decided to start my own organic farm business which would be named 12 Quail Farm in memory of the first busybodies who came into my life. This way I would be able to share the benefits of quail eggs with everybody and I wish they would become happy & healthy as well.