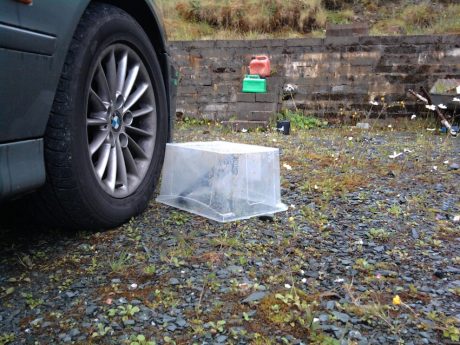 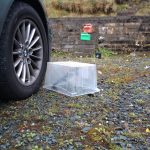 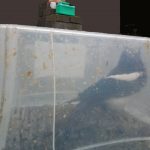 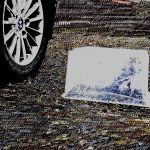 Force majeur – magpies, slugs and loose cows. You won’t recognize your garden when they hit veggie and flowerbeds or the lawn. Early one quiet morning there was a strange sound outside. Went to check and discovered a magpie trapped under a plastic box. Being a clever bird it jumped against one upper corner of the box and was able to move it around in little jerky pushes but was unable to free itself.

I bent down and asked the magpie to tell its friends and family to keep away from my veggies, firstly because I would prefer to consume them myself and secondly there are enough nice bugs & slugs around for them. Then I let it go free. Next day checking on young Pak Choi plants and broken chamomile stems I had to state the fact that my message was not delivered.  Well, beer helps to fight slugs, wouldn’t mind putting out a pint from time to time to deter magpies but on the second thought who knows what the intoxicated magpies could do and how they would behave. Hopefully traditional netting on crops  could leave something for me, chickens and quails to consume.